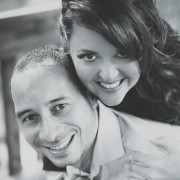 In preparing for my upcoming marriage, my fiancee and I are enrolled in a mentoring program about two becoming one. The Bible says:

Mark 10:8 “and the two will become one flesh.’ So they are no longer two, but one flesh”

Part of our training includes conflict resolution.  We learned a technique called “Active Listening.”  It dates back to Dr. Thomas Gordon in the 1960’s when he used what he had been teaching leaders to listen better. He then taught parents how to actively listen to their children.

With this Active Listening, a couple who is having a problem is to sit down without distractions and the person who was hurt will tell the other what happened and why it is important to them. The other partner will listen carefully and then repeat back in their own words what they think the other person was trying to say. At this point, they do not offer ways to fix it or fight back.

As a couple, we decided to practice Active Listening and then give the other person a couple days to pray about it and then come back together and try to solve the problem. Some issues can be fixed right away without a few days in between if it was a simple mis-understanding. Other issues, however, are best left to quiet prayer before returning to deal with the conflict.

This got me thinking… Am I Actively Listening to God? Doesn’t the Bible say I am his bride??? Hmmm… If I am His Bride, then I definitely need to make sure I am Actively Listening to Him. Do I take what He says through His Word and repeat it back to Him in my own words and ask if that’s what He meant?

Too often, we just read through the Bible or study particular Bible passages and never get down to asking God if we understand what He is trying to tell us.

God had a lot to say when the Bible was being written. But, He still has a lot to say today. Our Actively Listening to God doesn’t just apply to what we read in his Word. The next time you have a conversation with God, tell him you really want to hear Him and understand what He is telling you.

No, you probably won’t hear his voice thundering back at you or see a bush on fire (unless of course you have a different connection with Him than most people).   I do believe God speaks to us in ways we are ready to hear Him. I have unmistakably heard God telling me to do something and at first I argued back but the voice persisted and I obeyed and my life was saved from being crushed by a semi truck coming at me in my lane around a curve on a mountain.  This all happened within about the span of 45 seconds. I was 20 years old. I never questioned Gods existence after that.

That’s a story for another day.

Listening to God has been a central part of my life for a very long time.  Trusting God has never been a question for me. But now I look forward to not only practicing “Active Listening” with my soon to be husband, but with my divine husband as well.

I would love to hear your thoughts in the comment section below!