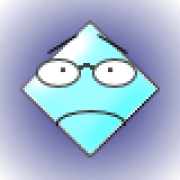 What does King Solomon from the Bible have to do with ending the United States Government shutdown? Lots!

The partial government shutdown will end as soon as a solution is agreed upon. This is where Solomon comes into the picture.

He became king at a very young age. So, he asked God for wisdom. He wanted to rule justly. God granted his request and made him the wisest King to ever rule. (See 1 Kings in the Bible).

Fortunately for us, he wrote three thousand proverbs outlining nuggets of wisdom.  His solution to our current shutdown could be summed up like this: Tell the truth, stop being angry, don’t force your own way and most of all, seek wisdom.

He would say: Cut the baby in half!

The first instance of King Solomon using his God-given wisdom came in 1 Kings 3. There were two women who each had a newborn. One baby was squished to death by his mother. She then stole the other mother’s baby. King Solomon was faced with having to figure out which of the two mothers was lying to him about whose baby was still alive.

Solomon used an unconventional method of discerning the truth. He said he would use a sword to cut the remaining baby in half. He would then give half a baby to each woman. The baby’s true mother loved her baby so much that she said to give the baby to the other woman instead of killing it. The woman whose baby died and then stole the living baby said to go ahead and cut the baby in half.

It was instantly clear to the king who truly loved the baby. That woman was given her baby back. In those days, there weren’t blood tests to prove identity. The king had to do something drastic to draw the truth out.  His method was unconventional, yet instantly effective.

Give your attention to wisdom

In his Proverbs, King Solomon was repeatedly clear that we need to seek wisdom and discernment.

If  the government shutdown was happening with King Solomon around, he would find a solution. Here’s some of what he said:

It’s clear that our country has been more and more angry the past few years. Social Media shows the picture of angry Americans on both sides of the political arena. Each day countless mean spirited memes are shared all across social platforms. Then, people respond with angry words. Verbal attacks have been going on non stop since the year before our current administration took office.

People are posting memes about loving Jesus one day. That same day or the next, they post hateful memes toward the other political party. The two do not go together. Jesus said what we do to our fellow human beings, we actually do to him! So, all the hate we show toward one another, we are actually being hateful to Jesus. What a horrific thought for anyone who loves Christ Jesus.

Anger has most definitely contributed to our current partial government shutdown.

Watch what you say, spread knowledge, speak gently and be patient:

Again, the country has been divided largely due to lies being told and spread. Even other countries have made sure to help Americans spread lies on social media. It’s a massive problem that is not acceptable or healthy. Unfortunately, some of the lies being told, are done specifically to stir up quarrels.

Lies have definitely contributed to the current shutdown. Yet, the Bible is filled with a ton of guidance on the evils of telling lies.

Take pride and arrogance out of it:

Do not force your own way:

Stalemates come with one or both parties are unwilling to budge and demand their way. In our current shutdown, the parties came to a solution, but the president refused to accept it and demanded to shut the government down until he got the wall he wanted. Our president is using bullying to hold Americans government employees “hostage” without being paid until he gets what he wants. Saying he is willing to make over 800,000 workers go months or years without a paycheck is absolutely unfathomable.

Take your time with long planning, skillful strategy and wisdom:

A lot of planning has to go into building a wall. Of course, there is already a wall at the southern border. Adding to the wall will require the government to seize private land and affect the lives of Native Americans.

Forcing funding for a wall that has not been fully planned or thought out would not be “wise” according to the teachings of King Solomon.

King Solomon spoke about 3000 years ago with wisdom to span the ages. He couldn’t have been more clear about seeking wisdom from God, not being angry, watching what you say, and not forcing your own way.

Here’s what King Solomon would do:

If everyone who was tasked with putting an end to the government shutdown would pause and ensure they take anger out of the picture, not try to force their own way, use wise counsel in making the best decisions for our country and come to a sensible compromise, the shutdown would end immediately. As we pray for God to guide us, and follow His direction, problems are solved.

Thank you for the help, King Solomon!

Most of us have no way to directly end the shutdown. However, we can all work together to end the hate and lies being so rampantly spread. 3 out of 4 Americans identify as Christian or Jewish and follow the teachings in the Holy Bible. If each and every one of them lived by the wisdom taught by King Solomon, our country would be the most peaceful nation on the planet. There would no more government shutdowns. Calmness, peace and generosity would prevail.